A question of security – can electric gates be forced open?

The Home Of The Electric Gate Experts | Gate Auto UK › news › A question of security – can electric gates be forced open?

One of the key benefits of electric gates – and electric gate kits, by extension – is to enhance the security of your premises, so it makes sense that one of the most common questions we’re often asked at Gate Auto is some variation of: can my electric gates be forced open?

The very short answer is yes they can, but it can be pretty difficult to do if they don’t want to move. That’s both good and bad news, since there are typically two basic scenarios that might involve your gates being forced open – either an intruder is trying to gain access to your property, or you’ve been locked in (or out) after a power cut or similar issue. Thankfully, you’ve got plenty of options to make things easy for yourself, and as hard as possible for intruders. Let’s start with what’s likely to be your biggest concern!

Can an intruder force my electric gates?

It depends on what kind of electric gates you have installed at your property. Sliding gates are a lot harder to force than swing gates, but then again, swing gates aren’t necessarily easy to bypass either. (They’re designed for security, after all.)

Now, we should start by saying that it’s pretty rare that any intruder will attempt to force your electric gates open in the first place, and for a very simple reason. If someone is planning to rob you they’ll generally want to gain access to your property quickly and quietly, without drawing undue attention to themselves.

Forcing electric swing gates open generally requires forcing them with a vehicle, so as entry methods go, it’s not what you’d call stealthy. Sure, technically they can be bypassed by someone desperate enough, but they’ll make the job difficult enough that most potential intruders just won’t bother – it’s one of the reasons that electric gates make for such an effective security deterrent.

So with that said, let’s get to the ‘technically’ bit. As you’ve already surmised; yes, electric gates can be forced. Specifically, they can be opened if enough force is applied to the edges furthest from the hinge, i.e. generally at the point where the gate actually starts to open.

We’ll spare you with detailed physics lesson, but basically the principle of leverage applies here – it works in favour of whoever’s trying to gain access, as it magnifies the force being applied to the motors, motor arms, and hinges, so they can all be broken more easily. As we’ve covered, that’s all pretty unlikely, but in case you’re still concerned about it (especially if you’re a business owner), you’ve got a couple of options. 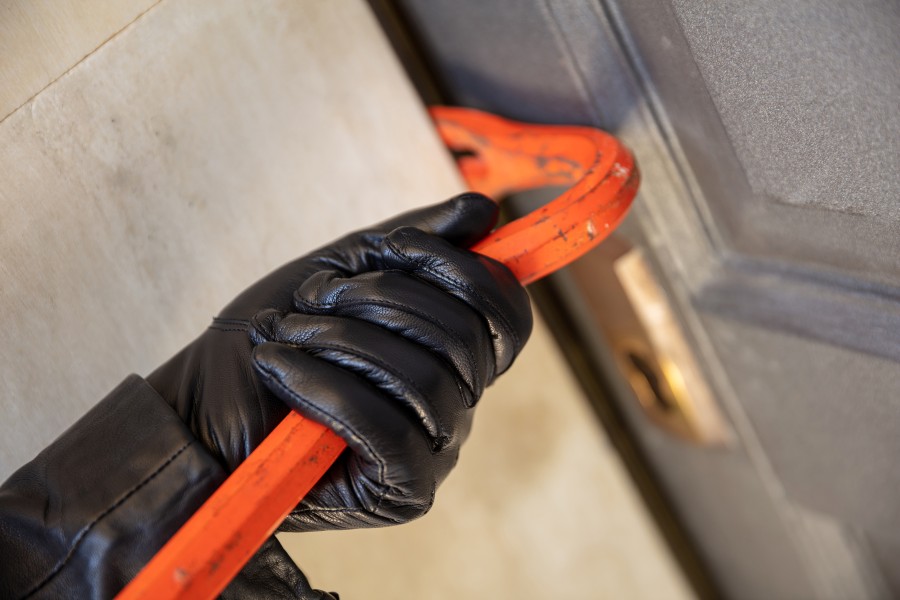 A reliable way to boost the security of your electric swing gates is to install magnetic locks, or maglocks for short. These can significantly increase the amount of force required to force the gates, as they’re capable of withstanding forces of up to 500kgs. In fact, they’re widely recommended in the industry for any swing gates with leaves over 2m wide.

If you’re particularly concerned, you may even want to opt for a different kind of electric gate entirely. Sliding gates are even harder to force open than swing gates, largely because they lack a single point of vulnerability. Instead, they have to be struck with enough force to knock them off their tracks entirely, and out of their supports.

A quick glance at any sliding gate will tell you that they’re not designed for that to happen, which makes it a tall order for any invited guest who might be trying to bring a vehicle onto your premises.

Can I force open my own electric gates?

No. Not unless you want to cause serious (and expensive) damage to both the motors and the hardware. Most owners who find themselves considering forcing their electric gates are normally doing so because a power cut or similar issue has rendered them immobile. (If you’re facing the same issue, it might be worth quickly checking out our post on the most common reasons why your electric gates won’t move!)

If you know for certain your electric gates have been immobilised by a power cut though, remember the golden rule – never try and open them with brute force.

All electric gates are equipped with a manual release system – it’s a robust and integral part of every electric gate motor, and it’s designed to disengage the motor from the gate itself. Operating it is simple – it just involves using a key that’s inserted into a lock on the motor housing. It then needs to be turned gently, which in turn enables the gate to be manually moved without any avoidable and costly damage to the components, including the motors, motor arms, or mounting points. Make sure you keep your key in a safe place inside your home though, as replacements often don’t come cheap!

If you’ve not had to deal with this scenario yet, it’s worth looking into securing a backup power supply for your electric gates ahead of time, for this exact reason. That way if your mains supply ever gets cut off for whatever reason, you’ll be able to operate your gates at least once or twice before the power returns – which could make all the difference to crucial comings and goings.

If you choose to have your gates fitted with a magnetic lock, it’s worth bearing in mind that there are two ways to wire them. Depending on which one you choose, cutting the power will either disengage the maglocks, or make sure they remain very firmly engaged. Business owners often prefer the latter, as it ensures an extra layer of security in case of a power outage (especially if it’s been deliberately caused).

Right, that’s all the essentials covered – if you’ve ever got any further questions or you need more in-depth advice, we’re only too happy to help here at Gate Auto. We have over 30 years in supplying and fitting high-quality gate automation, we provide a wide range of electric gate kits and garage door openers alongside an array of accessories to ensure you get the most out of your investment. Feel free to browse them right here on our site, or give us a call on 01282 677300!

Prev postNext post
Electric gates are designed to be resilient, so if you think yours may be damaged, it can be
Read More
Looking for the most affordable ways to add value to your home? Here at Gate Auto, we’ve been
Read More
We’re now well into winter, a season known for its longer and darker nights. Unfortunately, that provides more
Read More
Here at Gate Auto, we pride ourselves on supplying our clients with the very best electric gate kits
Read More
If you’re considering adding an electric gate to your property, this is probably one of the first questions
Read More
Security, convenience, value – there are a range of reasons why the installation of a Liftmaster garage door
Read More
Electric gates fulfil a variety of crucial roles for businesses – they can serve as a useful security
Read More
Whether you’re running a business that sees a lot of people constantly coming and going, or you’re simply
Read More
In short – yes, electric gates will add value to your home. But the question you’re probably asking
Read More
If you’ve already taken a quick look around our site, you may have seen us refer to electromechanical
Read More